Word of the week: Funge – Fritinancy

I consulted “The Ultimate NFT Glossary,” which includes terms like DYOR (“do your own research”) and gas (“the tax you’ll pay to mint, buy, or sell your digital assets on a blockchain network”), but didn’t find funge. Or ape.

As it turns out, and as everyone who watches “The Tonight Show”* obviously knew right away, “ape” is not specialized NFT jargon: It’s a reference to an image—or rather, a non-interchangeable unit of data stored on a digital blockchain that represents an image of a cartoon simian wearing a sailor cap. Fallon made the actual image his Twitter profile photo, although by the time you read this he may have changed his mind. So, for the record, here it is: 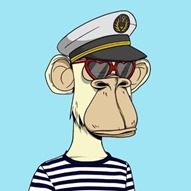 According to a Los Angeles Times story, Fallon paid about $226,000 for this NFT, and hyping it on “The Tonight Show” may represent a conflict of interest.

But I’m here for the language angle, not the art/commerce/blockchain mishegoss. And funge, as far as I can tell, is a droll coinage—you should pardon the expression—that exists mostly for joke-telling.

I’ll just be over here funging some tokens over on the blockchain, don’t mind me.

To the extent that there’s a serious meaning to funge, it seems to be “to instantiate” or “to make something that’s mutually interchangeable” or “to manifest in the real three-dimensional world.” If I’m wrong, I welcome corrections. If I’m right, please send actual money. Hah!

I did, however, find a reference to funging that predates NFTs and isn’t jocular at all. Here’s the lede of a February 13, 2018, blog post by GiveWell, “a nonprofit dedicated to finding outstanding giving opportunities and publishing the full details of our analysis to help donors decide where to give”:

Many charities aim to influence how others (other donors, governments, or the private sector) allocate their funds. We call this influence on others “leverage.” Expenditure on a program can also crowd out funding that would otherwise have come from other sources. We call this “funging” (from “fungibility”).

Did GiveWell invent funging? Did the usage ever catch on? More research is obviously required.

One more point of interest: 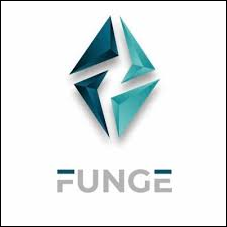 Funge App is an exclusive mobile NFT Galleria that will let artists & influencers monetize their NFT’s. Our goal at Funge is to only allow credible Influencers, Creators, and Artists post their work for sale. People have been demanding alternatives to Open Sea for years now, and not to mention: there are plenty of scam projects on Open Sea. Funge wants to protect the buyers, the web3 community, allow for social interactions, and at the same time, promote a competitive platform for artists to create and sell their art.

Funge is connected to an NFT “minting” called Funge Fight Club. From the FFC home page: “If you hold one of our 1,999 fighters, you will unlock special perks on Web 3’s first mobile NFT marketplace/social media application, ‘Funge.’”

I remain pretty befunged over all this. One thing that does seem pretty clear is that if “Seinfeld” were still around, the guys would definitely be arguing about funging.

JERY: whats so great about those tokens anywayGERGE: theyre non-fungible jeryJERY: non fungible?GERG: they cant be funged!KRAM: you know my friend bob sacamano, he funged a token onceJERY: what happenedKRAM: lets just say he wont be funging again

Just one more tidbit: Funge is also a surname. A Mr. W.W. Funge, Jr. (deceased) was the defendant in a 1932 California Court of Appeal case, McIntosh v. Funge, involving a contract dispute.

Bank Teller: How can I help you? Me [Opening Photos App]: Hey, can you funge this token down into tens and twenties?

* I guess it’s obvious that I’m not in that audience.